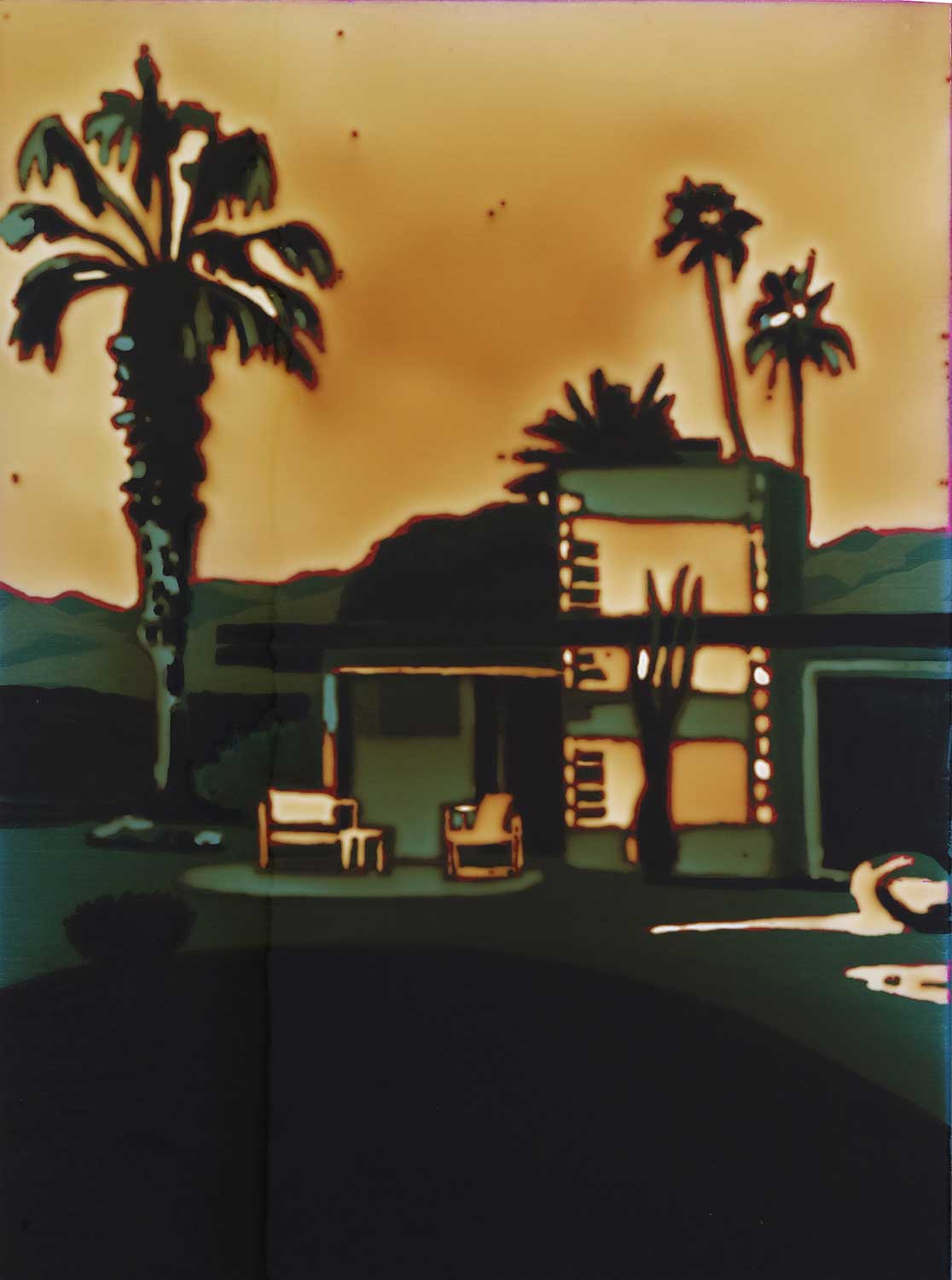 The World Is My Oyster

Annemarie Terlage is born iin 1967 in Castriculm, NL.
She lives and works in The Hague, NL.

Dreams, memories and visions of an ideal world, determinate the attractiveness of a new series monumental paintings Terlage produced for her debut to an international audience this season via Absolute Art. Aspirational titles like Playtime, Golden Days and The World is my Oyster go along with evocative images of Mid Century Modern villas surrounded by lush landscaped gardens and beautifully illuminated pools. This new series allures to the atmosphere of hot tropical nights a la James Bond, colored in a more robust and brooding pallet of ochres, oranges and browns. Handsome.

Annemarie Terlage prefers to look upon herself as a 'painter of the classic type'. Standing behind an easel, dressed in blue overalls, sweeping broad brushes over the canvas.'Call me old fashioned and I don't have an issue with it. But please don't mistake my work with conceptual art' she smiles. 'I do love the craft involved in painting.' The love is tacit and sparks some timelessness into her self invented genre. Landscape painting stems from a long tradition which is not easily overlooked, especially in The Hague where Annemarie lives and works, since finishing her studies at the Royal Academy of Arts.

There is some trace of the conceptual, hidden in the choice of subject matter. Terlage doesn't paint from nature, but composes imaginary landscapes and architectural settings based on personal memories, sometimes aided by old picture postcards or the album from her childhood. In a few subsequent steps Terlage developed her own idiom showcasing a preference for 'pleasant emptiness'. The theme sprang from a series devoted to monuments of modern progress like highways, flyovers, harbors or industrial sites. Human activity is almost completely banned from the first series dating from the 2010's. Instead functional monuments dominate the scene and upstage an intricate play between light and shadow.

Terlage's compositions capture an almost dreamy delicacy of colors within resolute bold lines. The balance not only results from a 'trained painters eye', but was developed in parallel with the intricate study of the material qualities of color and paint. In a next, expressionist phase, Terlage began to experiment more freely with a mixture of epoxy and acrylic paint. She applied a sometimes almost hallucinating 'glow in the dark' pallet to scenes like 'Seaplane on Lake Tahoe' which spurred from her memories of family trips to California and Texas in the seventies and eighties. The paintings seem to almost invite the onlooker to touch the surface. Layer next to layer, the eye is bedazzles in a manner reminiscent to the neon lights of the Las Vegas strip.